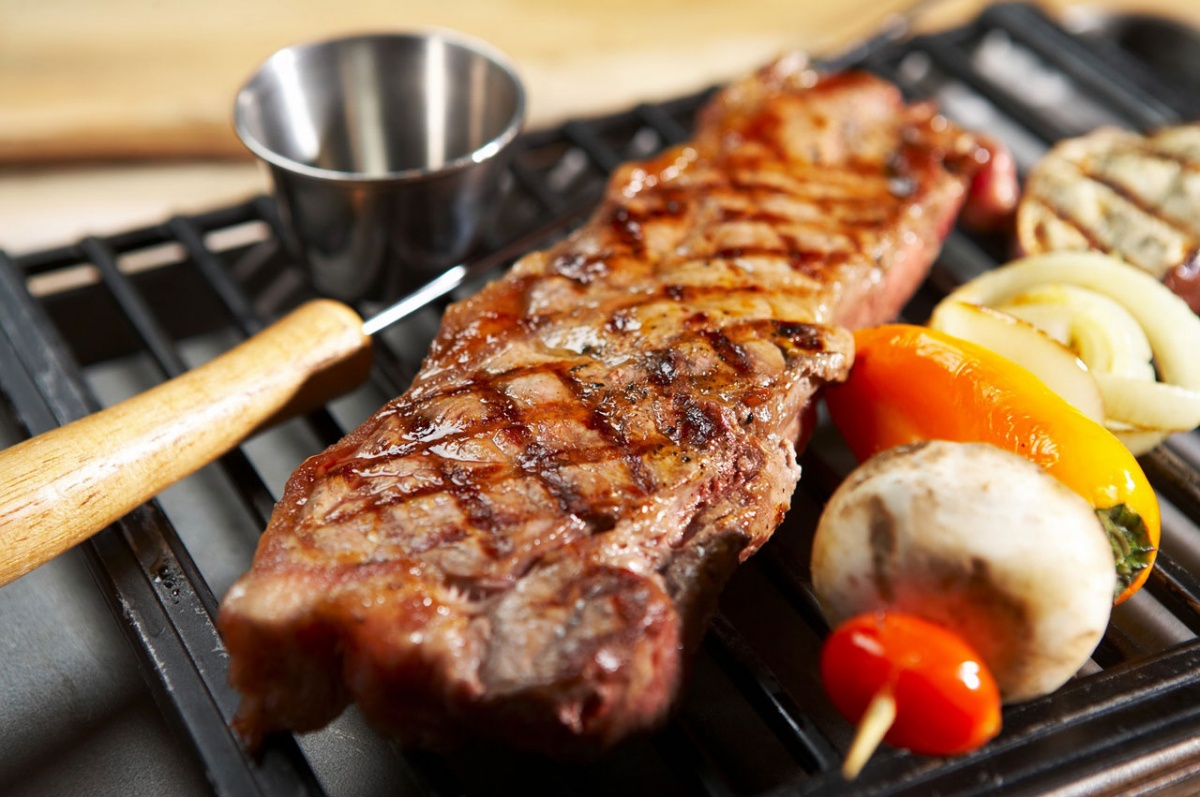 In the past few decades, meat has been blamed for all sorts of Western diseases. But we’ve been eating meat for a long time and blaming new health problems on old foods doesn’t make much sense.

The truth is… unprocessed, naturally fed meat is extremely healthy.

Here are 7 evidence-based health reasons to eat meat (and be proud of it).

1. We Have Been Designed by Evolution to Eat Meat and Other Animal Foods

Throughout evolution, humans and pre-humans have been eating meat.

Our digestive systems are well equipped to make full use of the healthy fats, proteins and nutrients found in animal foods.

The truth is that humans are omnivores, despite what some vegan proponents would have you believe. We function best eating BOTH animals and plants.

Humans have much shorter digestive systems than herbivores and don’t have the specialized organs to digest cellulose, the main fibre in plants.

Humans also have canines, with big brains, opposing thumbs and the ability to make tools to hunt. Meat was one of the reasons humans were able to evolve such large, elaborate brains.

Some of the earliest evidence shows that our pre-human ancestors were eating meat as early as 1.5 million years ago.

Bottom Line: Humans and pre-humans have been designed by evolution to consume and make full use of the important nutrients found in animal foods.

High quality, unprocessed meat is among the most nutritious foods in the world.

A 100 gram portion (3.5 ounces) of raw ground beef contains large amounts of Vitamin B12, B3 (Niacin), B6, Iron, Zinc, Selenium and plenty of other vitamins and minerals.

Vitamin B12 is particularly important because it can not be gotten in ANY amount from plants. Studies show that out of vegans who don’t supplement with B12, 92% are deficient in this critical nutrient (6).

But the nutrient composition of meat goes way beyond all the macro- and micronutrients that we are all familiar with.

There is also a plethora of important lesser-known nutrients in meat, that can not be gotten from plants. These nutrients are crucial for optimal function of the body:

Creatine forms an energy reserve in the muscles and brain and is found only in animal foods. Vegetarians are deficient in creatine, leading to reduced physical and mental performance.

Carnosine functions as a powerful anti-oxidant and provides protection against many degenerative processes. Carnosine is only found in animal foods.

This is really just the tip of the iceberg. There is an immense amount of important trace nutrients in both plants and animals, some of which science has yet to uncover.

Bottom Line: Meat is highly nutritious and there are many nutrients in there that cannot be gotten in any amount from plants.

3. Meat Doesn’t Raise Your Risk of Cardiovascular Disease or Diabetes

There are many claims about meat being able to contribute to serious diseases like cardiovascular disease and diabetes.

The main reason for these claims is that meat is high in saturated fat.

However, this myth has actually been debunked quite thoroughly in recent years.

Studies now show that saturated fat in the diet doesn’t raise the “bad” cholesterol in the blood and is not in any way associated with heart disease.

In a massive study from Harvard that looked at data from 20 studies with a total of 1,218,380 individuals, they found no association between unprocessed red meat, cardiovascular disease and diabetes.

The EPIC study from Europe didn’t find any association either and this study included almost 450 thousand people.

However, both of these studies found a significantly increased risk for processed meat.

If you want to avoid chronic disease, then it makes sense to avoid processed meat as much as possible. But unprocessed red meat is perfectly healthy.

Bottom Line: There is no evidence that unprocessed meat contributes to cardiovascular disease or diabetes.

4. Meat Contains High Quality Protein, Which is Crucial For The Function of Muscles and Bones

Proteins are like long strings of amino acids that are linked together and folded into complex shapes.

There are about 9 amino acids that we can not produce and must get from the diet.

In this regard, animal proteins are excellent… they contain all the amino acids that we need, while most plant proteins have a suboptimal amino acid profile.

Not surprisingly, consumption of animal protein is associated with increased muscle mass and people who eat an omnivorous diet have more muscle than people eating a vegetarian diet.

Another thing that protein is important for is bone health. The studies show that consumption of protein, especially animal protein, is associated with increased bone density in old age and a lower risk of fractures.

If you want to gain (or maintain) muscle, as well as prevent osteoporosis and fractures in old age, then animal protein should be a regular part of your diet.

5. There is Only a Very Weak Correlation With Cancer, Which May be Due to Overcooking, NOT the Meat Itself

There are some studies showing a link between red meat consumption and cancer.

However, all of these studies are so-called observational studies, which tend to be unreliable.

These studies often make the mistake of pooling together processed and unprocessed meats, which is unacceptable because the two have vastly different effects.

While it is true that processed meat strongly correlates with increased cancer risk, the same is NOT true for unprocessed red meat.

In so-called meta-analyses, which are studies that analyze the data from many studies at the same time, the link between red meat and cancer is found to be very weak (34).

These studies only find a very small increase in risk for men, and zero increase for women (35).

For this reason, it is important to use gentler cooking methods and cut away all burnt or charred pieces.

Bottom Line: The association between unprocessed red meat and cancer has been vastly exaggerated, but overcooking meat may have adverse effects.

6. There Are No Proven Health Benefits to Avoiding Meat

Despite all the propaganda, there is no actual evidence that avoiding meat leads to health benefits.

True… there are observational studies showing that vegetarians have a lower risk of several diseases.

However, these results are fully explained by the fact that vegetarians are more health conscious overall and more likely to exercise, less likely to smoke, etc.

When vegetarians are compared to meat eaters that are also health conscious, no difference is found.

It is also important to note that most vegetarian and vegan diets DO recommend that people eat unprocessed, whole foods and avoid added sugars, refined grains and trans fats.

If vegetarian diets really have health benefits, then this is the true reason, NOT the fact that they eliminate perfectly healthy animal foods.